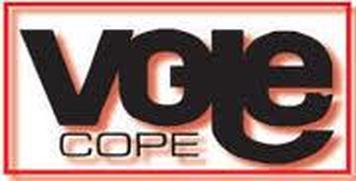 What is VOTE-COPE?
Voices Of Teachers for Education/Committee On Political Education

VOTE/COPE is the non-partisan political action arm of NYSUT. VOTE/COPE monies support candidates of all parties. Endorsements of candidates are based on voting records on:

Why does contributing to VOTE-Cope matter?

o   Without VOTE-COPE money to lobby and support legislators who vote on our agenda, we would lose every battle to corporate interests who lobby against teachers and public employees. The amount of our funds don't begin to compare to that of the private sector. We are not allowed to use dues money for political action.

o   There are very wealthy political forces trying to take away protections we fought hard for like tenure as well as the contract protections under the Triborough Law and to reduce our salaries and benefits.

o   VOTE-COPE money is used for media ads, phone banks, mailers, and direct contributions to campaigns. We support the candidates who support our agenda. We do not take positions on wars, gun control, abortion, the death penalty, stem cell research etc.

o   Money from VOTE-COPE was used to fight for the improvements in Tiers III and IV that you NOW HAVE! Retirement aged was lowered from 62 to 55. Pension contributions end at 10 years rather than continuing for your career. VOTE-COPE fought for years to make these changes!